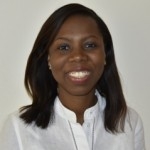 Yvonne is currently Adviser and Head of Africa at the Governance and Peace Directorate of the Commonwealth Secretariat. She also serves as Deputy Conference Secretary for the Biennial Commonwealth Heads of Government Meeting to be held in the United Kingdom in April 2018.

Yvonne is a qualified Ghanaian Lawyer who commenced her career at a private law firm in Ghana, and subsequently, at the law department of Ghana’s Environmental Protection Agency. Her career in international development spans experience at the World Trade Organisation, Chatham House, the International Centre for Trade and Sustainable Development (ICTSD), and the Economist Intelligence Unit. She is married with two daughters.