Although major successes have been recorded with regards to the pursuit of a gender-equal world, the COVID-19 pandemic threatens to derail the progress made. The pandemic has had severe consequences on women’s health, economic and social wellbeing due to the intensification of prevailing inequalities and vulnerabilities. Despite this, women have been at the forefront of the fight against the COVID-19 pandemic.

To track Africa’s progress towards the realisation of a gender-equal world, one of the 16 sub-categories of the Ibrahim Index of African Governance (IIAG) focusses on Gender. By examining the trends in the Gender sub-category, one can evaluate the political power and representation of women, equal liberties for women, socio-economic opportunities for women, equal access to public services for women and laws on violence against women on the continent. 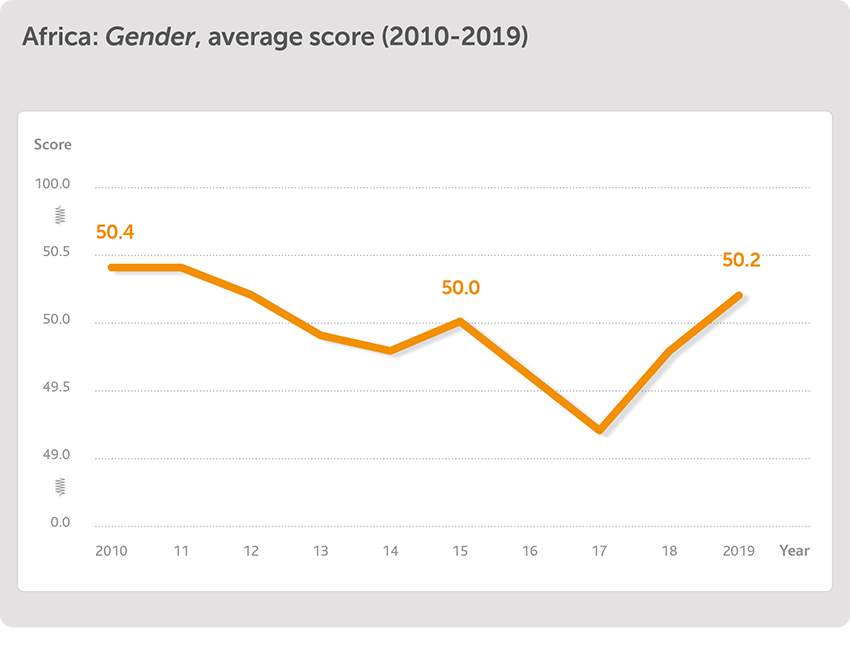 While Political Power & Representation of Women is the 10th most improved indicator across all 79 IIAG indicators, Laws on Violence against Women is the most declined of all indicators on the African average level. However, increasing improvements in the political power and representation of women and their access to public services and a slower decline in the laws on violence against women have led to a positive trend of +0.2 for the sub-category between 2015 and 2019, almost reversing the decline over the decade. 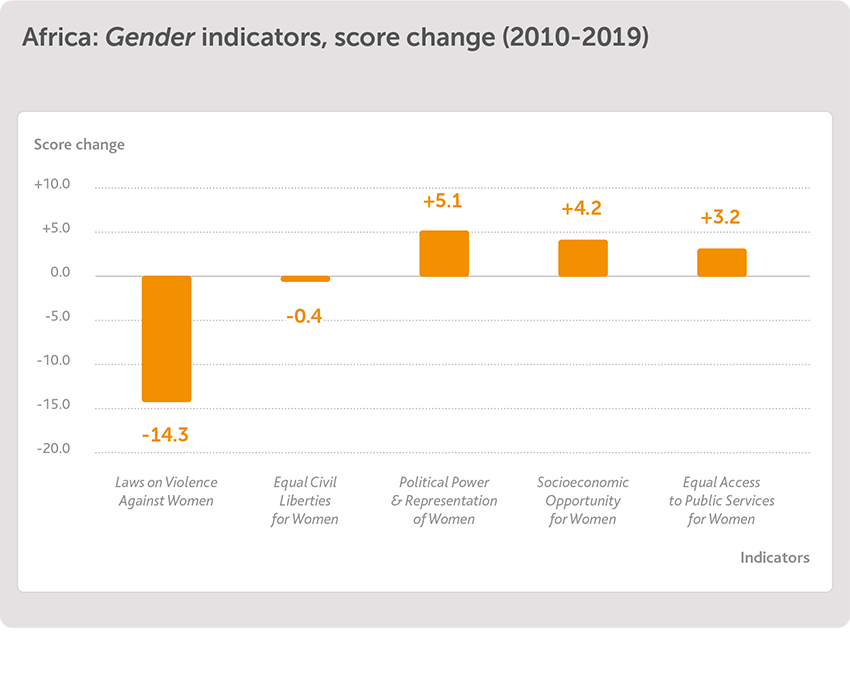 Seychelles claims the top spot in the ranking table for the Gender sub-category with a score of 82.5 in 2019, followed by Rwanda and Mauritius. Equatorial Guinea sits at the bottom of the ranking table, preceded by Somalia and Djibouti.

Altogether, 26 countries improved their score in the Gender sub-category between 2010 and 2019, while deteriorations were recorded in the scores of 27 countries. Between 2015 and 2019, Libya, although still ranking 50th (out of 54), is the only country whose score for the Gender sub-category has improved and has not deteriorated in any of the years. Meanwhile, the category scores for Benin and DR Congo have deteriorated every year within the same period. 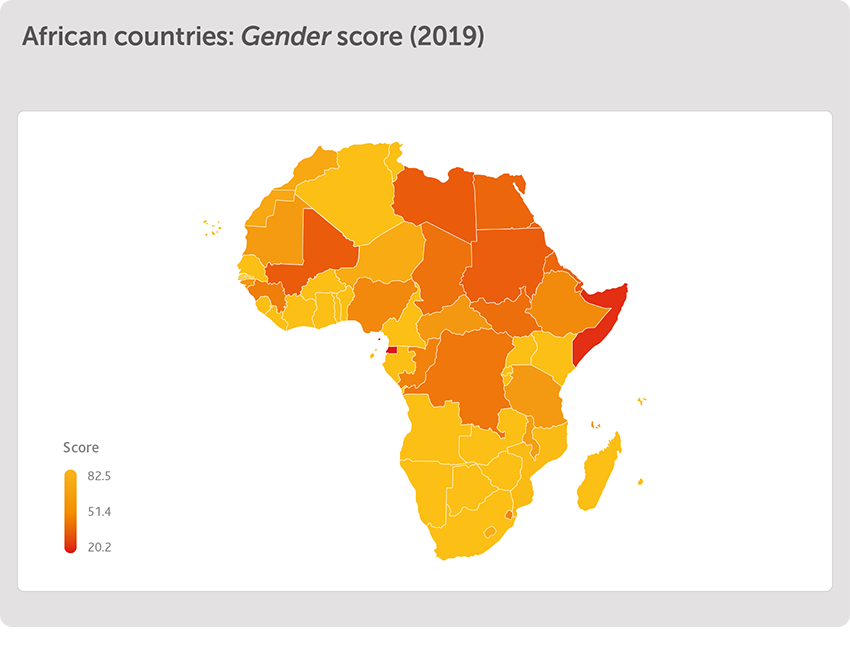