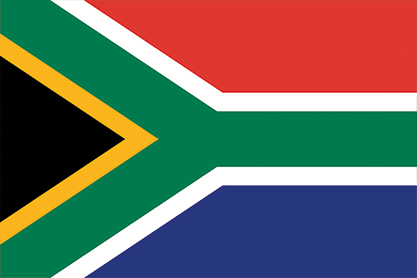 Rolihlahla Mandela was born in the village of Mvezo, Transkei, South Africa.

When Mandela was around 12 years old his father died and he was entrusted to the regent of the Thembu people.

At Healdtown college, Mandela first learned of the existence of the African National Congress (ANC).

Mandela joined the ANC Youth League. More radical than the main party, the Youth League increasingly rejected passive resistance to the government in favour of a more confrontational approach.

The extremist National Party was elected to government. It quickly began to implement a policy of apartheid, extending racial segregation and introducing other racist measures.

Mandela became a member of the ANC’s National Executive Committee, as well as president of its Youth League.

Arrested on charges of high treason. He went on trial with 155 other political leaders. The trial dragged on for nearly five years.

Mandela was pivotal in convincing the ANC to drop the policy of non-violence. He helped establish its military wing: Spear of the Nation.

He secretly went abroad for military training and to raise funds for an armed fight. Shortly after returning to South Africa in July 1962, he was captured and jailed for five years for leaving the country illegally.

The South African government released Mandela from prison, lifting the ban on the ANC.

Awarded the Nobel Peace Prize together with FW Clerk, then president of South Africa.

Stepped down as ANC Leader.

Mandela's presidency of South Africa came to an end when he stepped down after one term.

“Nelson Mandela was inaugurated as South Africa’s first democratically elected President on 10 May 1994. He went on to form a Government of National Unity, before stepping down in 1999 after one term of office.”

“Nelson Mandela is recognised throughout the world as an exceptional leader. He dedicated himself to the struggle against apartheid in South Africa, at great personal sacrifice, culminating in the country’s first democratic elections on 27 April 1994.”

After leaving office, President Mandela worked to promote democracy, equality and development across the world. He established three foundations to pursue these goals: The Nelson Mandela Foundation, The Nelson Mandela Children’s Fund and The Mandela-Rhodes Foundation. In 2007, President Mandela was awarded an honorary Ibrahim Prize for Achievement in African Leadership.