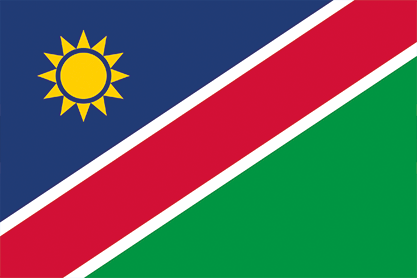 Pohamba works at Tsumeb copper mine.

Pohamba is arrested, convicted and publicly flogged for political agitation. Pohamba makes his way to Tanganyika (now mainland Tanzania), where he joined the SWAPO leadership in exile.

Pohamba is elected a member of SWAPO’s Central Committee and made deputy administrative secretary.

Pohamba in charge of SWAPO affairs in Zambia.

Pohamba takes over as Minister of fisheries and marine resources.

Pohamba serves as Minister without portfolio.

Minister of lands, resettlement, and rehabilitation.

Pohamba ascendes to the presidency of SWAPO upon Nujoma’s resignation.

“Pohamba paid particular emphasis on issues of gender equality, which led to the notable achievement that 48% of Namibia’s parliamentarians are female.”

“Under his presidency, high literacy has been augmented by primary school enrolment of almost 100% due to the abolition of school fees.”

“Pohamba’s focus on health investment resulted in over 80% of people living with HIV receiving anti-retroviral therapy and HIV infections falling by an estimated 36% between 2005 and 2013 and mother-to-child transmission rates now below 4%.”

President Pohamba dedicates much of his time to the Hifikipunye Pohamba Foundation.

He is a member of the Africa Forum and one of the Champions for a HIV- free Generation, an initiative launched by President Festus Mogae.

I believe the new African leader must strive to deliver peace, unity and equitable development. This means governing in the best interests of all citizens, regardless of the political, ethnic or religious affiliation of communities.