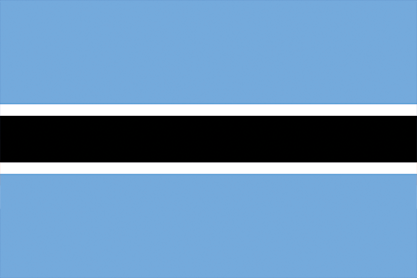 Botswana change in score is from 2000 (initial year of the IIAG). From 2000 to 2008, Botswana’s overall governance score has improved by +4.5 points, driven by gains in the Participation & Human Rights (+2.7), Sustainable Economic Opportunity (+6.0) and Human Development (+9.5) dimensions.

Mogae trains as an economist at the Universities of Oxford and Sussex (UK).

Mogae takes up post as Planning Officer and progresses to become Director of Economic Affairs, Ministry of Finance and Development Planning.

Mogae serves as Governor of the Bank of Botswana.

Festus Mogae becomes the third President of the Republic of Botswana.

Mogae stands down as President of Botswana.

“President Mogae was awarded the second Ibrahim Prize for his role in maintaining and consolidating Botswana’s stability and prosperity in the face of an HIV/AIDS pandemic which threatened the future of his country and people.”

“Under President Mogae’s leadership, Botswana demonstrates how a country with natural resources can promote sustainable development with good governance, in a continent where too often mineral wealth has become a curse.”

“During his Presidency, Botswana achieved gender parity in tertiary education.”

“President Mogae prioritised combating the stigma associated with HIV and AIDS, and put in place one of Africa’s most progressive and comprehensive programmes for dealing with the disease, the result saw a decrease in HIV prevalence even after he left his post.”

On 5 August 2008 Mogae launched the Champions for an HIV-free Generation, a group of renowned African leaders calling for their peers to rethink and step up efforts to prevent the spread of HIV.

Alongside Presidents Chissano and Mbeki, he has led the mediation on the dispute over the boundary along Lake Malawi between Malawi and Tanzania. On 28 February 2015 he led the Commonwealth observers for the Lesotho elections. In November 2015 he began his duties as South Sudan’s Chairperson of the Joint Monitoring and Evaluation Commission.

He is Chairperson of the Coalition for Dialogue on Africa (CoDA), and Chairman of the Barclays-Mogae Scholarship Fund. He is also a member of the Commission on HIV Prevention of UNAIDS and Commission on HIV and the Law of UNDP. He is the co-Chairman of the High Level Review of the Fiduciary Controls Panel of the Global Fund to Fight AIDS, Tuberculosis and Malaria based in Geneva, Switzerland.