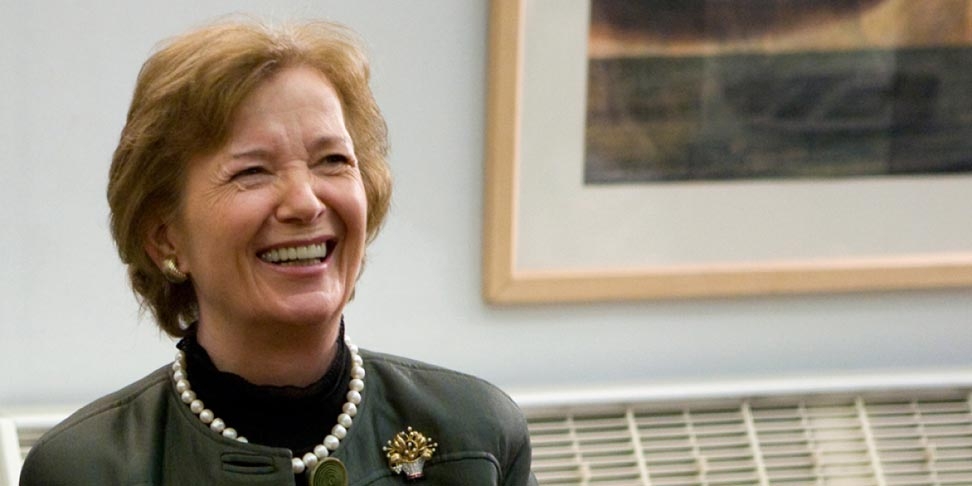 The opinions expressed in this article are solely those of the author, and do not necessarily reflect the opinions or views of the Mo Ibrahim Foundation.

Foundation Board and Prize Committee member Mary Robinson was appointed the new Chair of The Elders on 1 November. The Elders is an independent group of global leaders working to promote peace and human rights, representing an independent voice not bound by the interests of nation, government or institution. Learn more about their initiatives here.

Mary Robinson served as President of Ireland from 1990 to 1997 and UN High Commissioner for Human Rights from 1997 to 2002. She is also currently the President of the Mary Robinson Foundation – Climate Justice.

In a release published on The Elder’s website, Mary Robinson said:

It is a huge honour to take up the role as Chair of The Elders at such a critical moment for peace, justice and human rights worldwide. Building on the powerful legacies of Archbishop Tutu and Kofi Annan, I am confident that our group’s voice can both be heard by leaders and amplify grassroots activists fighting for their rights.

Congratulations to fellow comrade Mary Robinson on this appointment as she takes the baton from my late brother, Kofi Annan. I know that under her chairmanship The Elders will continue to be a voice for the voiceless and champion governance issues in Africa and around the world.

As part of her priorities for the new role, Mary called for a holistic approach across the six main programmes of The Elders’ work: conflict, ethical leadership and multilateralism, refugees and migration, climate change, Universal Health Coverage and access to justice.

Mary Robinson is the third Chair since the Elders was founded by Nelson Mandela in 2007, following Archbishop Desmond Tutu (2007-2013) and Kofi Annan (2013-2018). Ban Ki-moon, former UN Secretary-General, and Graça Machel, who has served as Education Minister in Mozambique and is also a member of the Foundation’s Board and Prize Committee, will serve as joint Deputy Chairs.

Vaccines for Africa is a matter of global security