Despite a number of African countries ranking among the world’s best performers for economic growth in recent years, this growth has not created jobs for youth. Over the last 10 years, while Africa’s real GDP has grown at an annual average of 4.5%, youth unemployment levels have remained stable. However, non mineral resource-rich countries have managed high economic growth alongside lower levels of unemployment, especially economies that rely more on agriculture such as Ethiopia and Tanzania.

In Ethiopia, agriculture is the largest sector of the economy, providing jobs for 80% of the workforce and accounting for more than 40% of the country’s GDP. Recognising the importance of the agricultural sector for employment creation and poverty reduction within its large rural population, the Ethiopian government launched several strategies, namely the strategy for an Agricultural Development-Led Industrialisation, the Sustainable Development and Poverty Reduction Programme (SDPRP), and the Plan for Accelerated and Sustained Development to End Poverty (PASDEP).

Ethiopia’s public budget prioritises the growth-oriented pro-poor sectors of education, agriculture and food security, water and sanitation, health and roads. In 2012/2013, the public sector investment in those areas accounted for over 70% of general government spending.

Although Ethiopia’s share of urban population is growing fast, due to high population growth, the absolute number of people living in rural areas is increasing significantly as well: from 2000 to 2050 the rural population living in Ethiopia will have doubled (from 56.3 million to 117.1 million), and although its economic growth has reduced in recent years, the country performs better than most African countries in terms of economic growth and job creation. 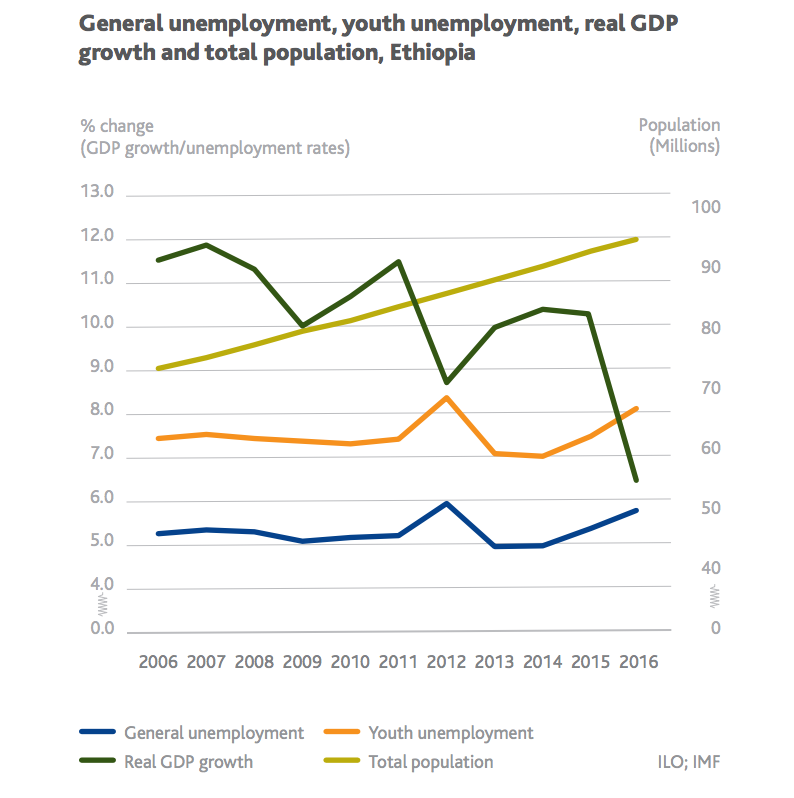