Africa is the continent with the lowest rates of energy access globally, so it faces the unique challenge of needing to develop its energy infrastructure amid a global climate crisis it did little to cause. Addressing this energy deficit requires the mobilisation of the continent’s vast renewable resources, as well as natural gas, the least polluting fossil fuel.

African governments have made significant progress in developing renewable electricity in recent years, and fossil fuels account for a smaller share of the energy mix than in any other region. However, Africa’s energy deficit remains large and significant renewable potential remains untapped.

African governments have scaled up investment in renewables

The potential of renewable electricity in Africa is undoubtedly vast, and African governments have already recognised the role renewables can play in addressing the continent’s energy deficit.

A series exploring data and key findings from the Foundation's Research publications. 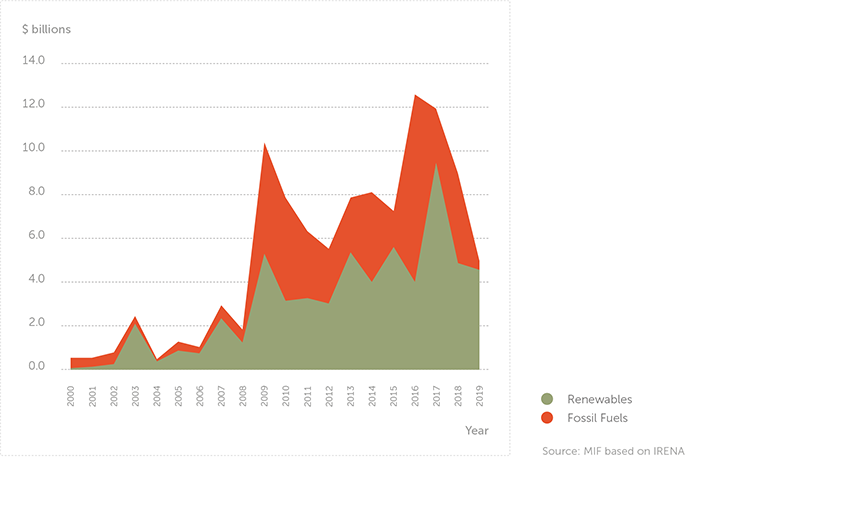 Between 2010 and 2019, African governments more than tripled public investment in renewable electricity, up to $47.0 billion from $13.4 billion the previous decade.

As it stands, zero-carbon electric grids remain very rare. However, 22 African countries use renewables as their primary source of electricity generation.

On average, African countries use renewables for 40.5% of their electricity generation.

This is higher than… 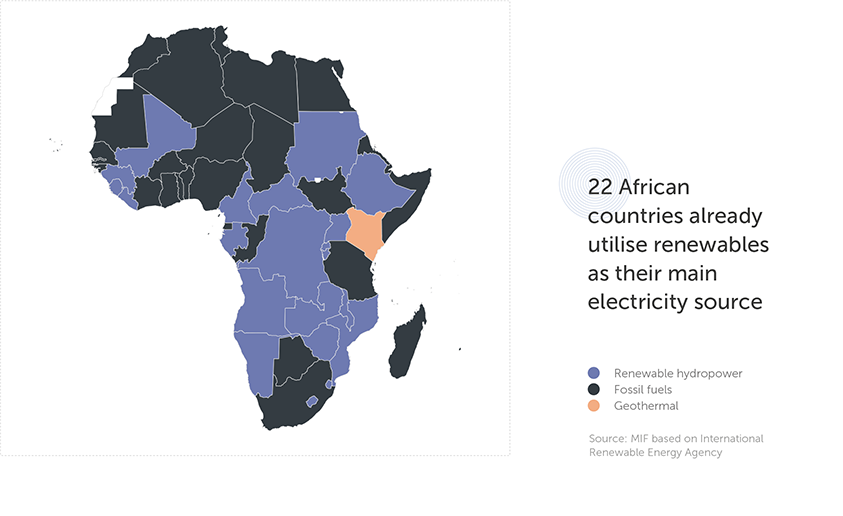 Some African countries are even leading the way globally in these figures.

The energy supply accounts for all fuels and technologies used for generating electricity, powering industry, transport, and infrastructure, as well as domestic cooking and heating among other uses.

Fossil fuels still account for over half of the energy supply in Africa, though this is the least of any world region. By comparison, fossil fuels account for:

Access to energy, rather than the transition away from fossil fuels remains the key challenge for African countries:

In the short to medium-term, lower emission fossil fuels such as natural gas will still have a role to play in addressing Africa’s energy deficit.

However, substantial untapped renewable potential remains that can help increase electricity access. Realising such potential will require climate pledges from wealthier countries to be realised and for an increase in the meagre 5% of climate finance sub-Saharan Africa received of the total distributed to countries outside of the OECD. 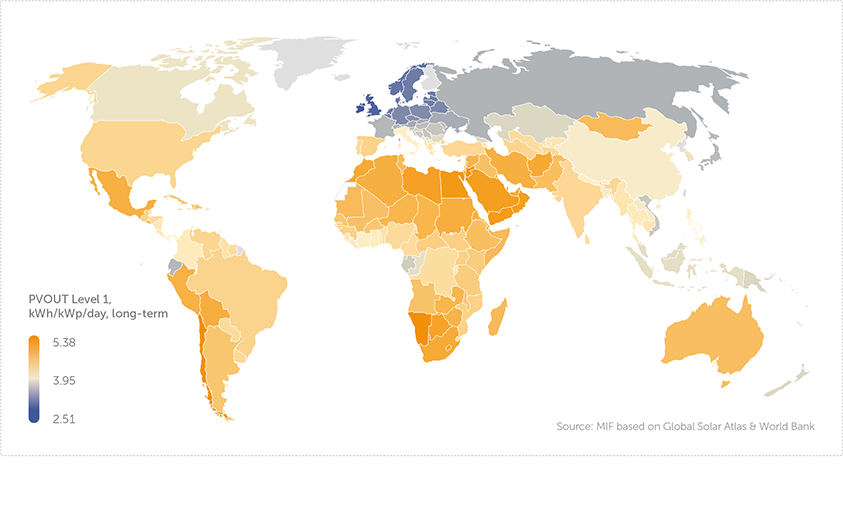 Wind power is still to get off the ground in Africa, with the continent’s wind potential largely untapped.

21 African countries have known resources, that are mainly unexploited.

Green hydrogen has been gaining traction in recent years due to its potential in the automotive, industrial and construction sectors. While not a feasible short-term solution to Africa’s pressing energy needs, the continent has long-term advantages that place Africa at the forefront of a green hydrogen future.