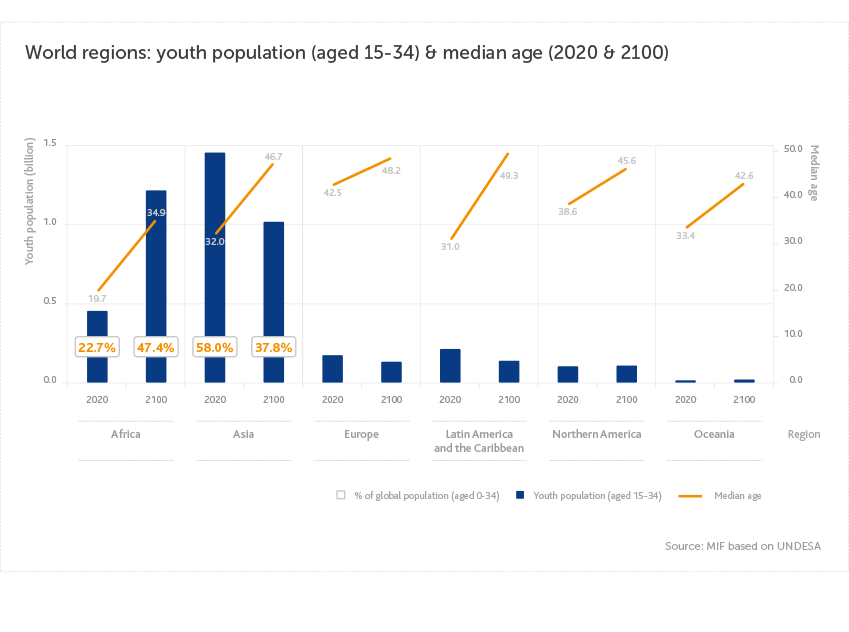 Undeniably, young Africans are the continent’s greatest asset that could power its growth and development. Africa could expect its annual Gross Domestic Product (GDP) per capita to grow by up to half a percentage point by 2030 if enough jobs are created for its young people. However, the 2021 Ibrahim Forum Report, which assesses the impact of COVID-19 in Africa one year on, highlights that the pandemic has not only created new obstacles but also exacerbated pre-existing challenges for maximising the continent’s demographic dividend.

In 2019, 105.4 million children at primary and secondary school age were out of school, a rate of 23.7% in sub-Saharan Africa and 9.7% in Northern Africa. Extended school closures – on average 26 weeks during the first year of the pandemic - are likely to lead to increased dropout rates and learning inequalities. 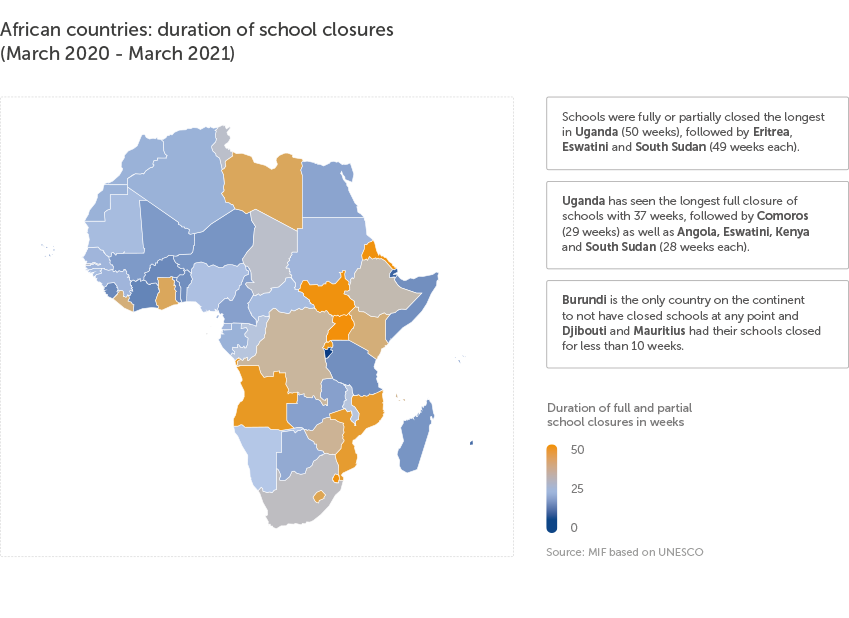 The demographic dividend refers to the economic surplus generated by a decline in birth rates, a decline in the number of young dependants and an increase in the proportion of working-age adults. The projected larger workforce can lead to a boost in economic productivity, savings and investments.

This will also affect the productivity of future workers. According to the World Bank’s Human Capital Index (HCI), a child born in Africa just before COVID-19 can, on average, expect to achieve the lowest productivity as a future worker among all world regions. The World Bank estimates that for a majority of African countries there will be a drop between -3.07% and -4.00% in the HCI for the current cohort of school children due to COVID-19, which could wipe out progress that has been a decade in the making.

Youth unemployment and prevalence of the informal sector

In 2019, over 12 million African youth (11.2% of Africans aged between 15 and 24 years) were unemployed. Despite the growth in GDP over the last decade, African countries have struggled to create jobs and to equip young people with the skills required to service their economies. By 2030, 30 million young people are expected to enter the African labour market each year. In sub-Saharan Africa alone, 18 million new formal jobs would be needed annually to absorb new entries into the labour market. Just three million per year were created pre-pandemic.

The African Union estimates that approximately 20 million jobs may be lost in Africa as a result of COVID-19. Over 90% of Africa’s youth work in the informal sector with little social protection, putting them at a higher risk of losing their jobs due to COVID-19. In addition, for young people who are still employed, working hours have been slashed, leading to a reduction in their wages. 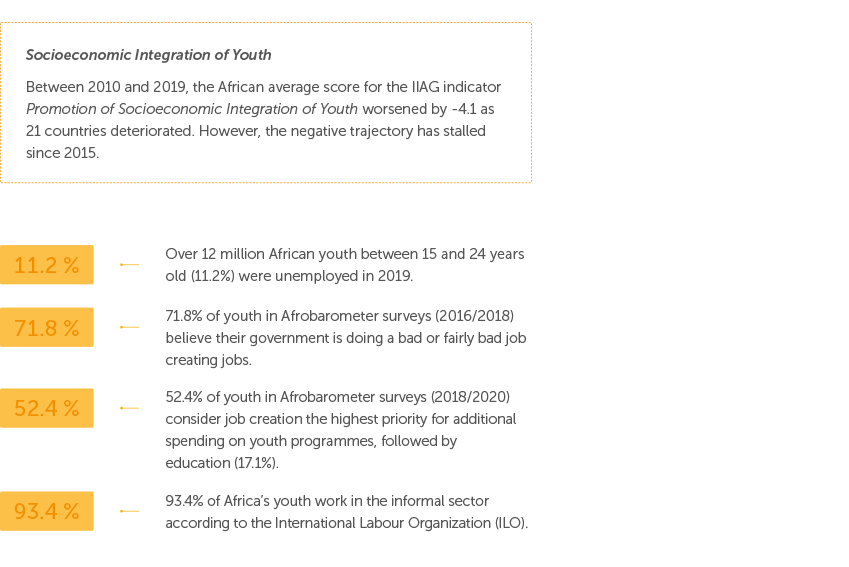 Results from a survey conducted with MIF’s Now Generation Network (NGN) provide insights into the concerns of Africa’s youth in relation to the pandemic. Notably, economic concerns outweigh health worries. Participants consider unemployment to be the second biggest challenge during the pandemic (66% of the 143 respondents) after economic instability (79%). All respondents thought that COVID-19 would increase unemployment in Africa.

The discussions during the 2021 Ibrahim Governance Weekend highlighted how important it is to consider Africa’s youth in the continent’s COVID-19 recovery plans. Panellists emphasised that the impact on learning due to COVID-19 might be one of the least visible but most significant consequences of the pandemic. During the Now Generation Forum (NGF), young Africans called for urgent action to tackle rising unemployment rates, for example by modernising agriculture or boosting trade within the continent.

NGF participants noted that the continent’s youth are already at the forefront of fighting the pandemic, and requested that their governments support the active participation of young people in politics to promote more youth-focused policies. As the NGF participants reminded us, Africa’s greatest asset will remain underutilised if the continent’s leaders do not pay attention to the needs, aspirations and suggestions of its young people.