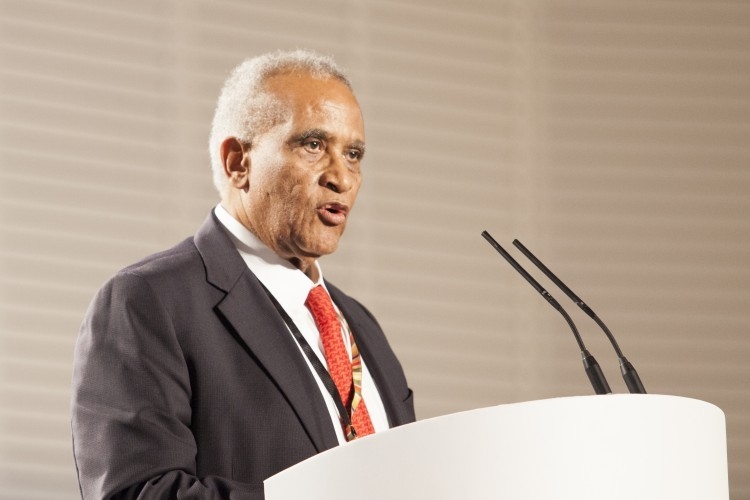 Dr Salim began his political career in international diplomacy, serving Tanzania in numerous ambassadorial posts, including to Egypt, India, and China, and serving as Permanent Representative to the UN starting in 1970. In 1976 he served as President of the United Nations Security Council and in 1979 as President of the Thirty-Fourth Session of the United Nations General Assembly.

He then served as Secretary General of the Organisation of African Unity from 1989 to 2001, overseeing its transformation into the African Union.

As Chair of the United Nations Special Committee on Decolonisation, Dr. Salim helped entrench a new era of independence across the continent. A leading figure in the fight against apartheid, he served as the Chairman of the United Nations Security Council Commission on Sanctions against Rhodesia, President of the International Conference on Sanctions against South Africa and President of the Paris International Conference on Apartheid. In recognition of his contribution to Africa he has been awarded numerous national honours from an array of African countries, including Togo, Rwanda and Liberia.