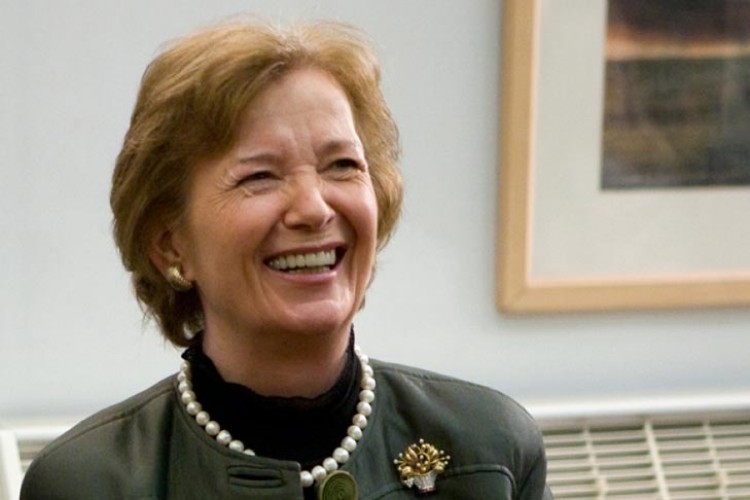 Mary Robinson is President of the Mary Robinson Foundation – Climate Justice. She served as President of Ireland from 1990 to 1997 and UN High Commissioner for Human Rights from 1997 to 2002. She is a member of the Elders and the Club of Madrid and the recipient of numerous honours and awards including the Presidential Medal of Freedom from the President of the United States Barack Obama. She is also a member of the Lead Group of the Scaling Up Nutrition (SUN) Movement. Between March 2013 and August 2014 Mary served as the UN Secretary-General’s Special Envoy for the Great Lakes region of Africa. In July 2014 she was appointed the UN Secretary-General’s Special Envoy for Climate Change.

Mary Robinson serves as Patron of the Board of the Institute of Human Rights and Business in addition to being a board member of several organisations and the European Climate Foundation. Mary has been the Chancellor of the University of Dublin since 1998. Mary’s memoir, Everybody Matters was published in September 2012.

Mary Robinson was appointed Chair of The Elders in 2018.